Allison graduated from DeLarue Dance Centre in 2008, completing 11 years of dance. She has been a part of the DeLarue Staff since her graduation.She is a 2008 graduate from Lafayette High School where she was an honor student and a Regent Scholar graduate. Allison participated in Lafayette High's 2008 musical production of Guys and Dolls.

Allison is a licensed certified occupational therapy assistant and has provided services in acute care, inpatient rehabilitation, and skilled nursing settings. Most recently, she was a choreographer for Vermilion Catholic High School’s Dancing With the Stars fundraiser. 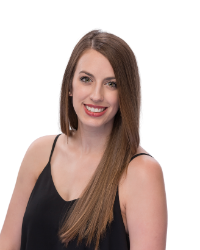