Lacey graduated from DeLarue Dance Centre in 2003, where she was a student for 15 years. She has worked with DDC for fifteen years as a dance instructor. She has also been a teacher and choreographer for DeLarue & Company for nine years.

Lacey has participated in UL's State of la Danse and An Evening of Dance both as choreographer and dancer. She has attended the American College Dance Festival in 2005, 2006, 2007 & 2008.

Lacey is a graduate of the University of Louisiana where she earned a Bachelor of Fine Arts Degree in Performing Arts, with an emphasis in Dance. She was the recipient of the Outstanding Graduate Award for College of the Arts in 2007.

Lacey is a graduate of Dance Masters of America Teacher's Training School in Buffalo, New York.

Lacey earned her certification of Middle School Mathematics Education from the University of Louisiana in 2014. She is currently teaching math at L.J. Alleman Middle School. 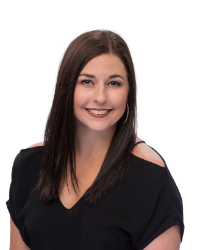