Kim has been a DeLarue Dance Centre staff member since her graduation from DDC in 1995.

She is a graduate of Lafayette High School where she was a three-year member of the LHS dance team serving as co-captain her senior year, and was selected as a Universal Dance Association All American Dancer. She also trained in the Lafayette Parish Arts Academy throughout middle and high school. During her junior year, Kim participated in UL's production of State of La Danse performing in a restaging of Doris Humphrey's Water Study. She was listed in Who's Who Among American High School Students and was a Regent Scholar Graduate.

Kim studied at the University of Louisiana at Lafayette, where she earned a Bachelor of Arts degree in Speech Pathology and Audiology and received her Master of Science degree in 2002. She is presently employed by the Iberia Parish School Board as a Speech-Language Pathologist.

Kim has been an active participant in the Iberia Performing Arts League, contributing as a volunteer choreographer for such musicals as Chicago, Hairspray, and Anything Goes. 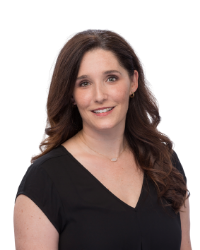